The Ultimate Enemies Pre-Order - MAXX ZERO VS NAZGAR THE TYRANT!

The time has come for the final battle between Maxx Zero and Nazgar!

If this is your first time with the Robo Force, here is what you need to know.

Each figure is sold in a kit form. The standard Robo Force kit contains 41 Glyos compatible pieces, including the heads for Hun-Dred/Soldier (double sided head) and Sentinel/Enemy (double sided head). The Zeroid kit adds to the number of buildable parts to customize your robots!

The kit will be packed in a specific form, usually Maxx Zero himself; in the case of Nazgar, you will receive a figure in Maxx Zero configuration and a Zeroid in Zintar configuration that you need to combine into the final Nazgar configuration. Instructions are available on this blog of how to build the official Nazgar. 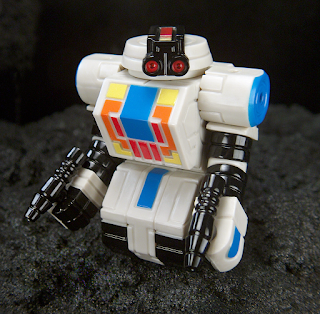 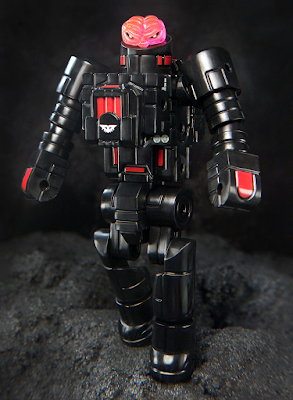 As the figures are pre-orders, we will be showing you mechanical drawings of what the finalized figures will look like. If you are a previous Robo Force customer, these figures will have significant paint differences from previous editions. 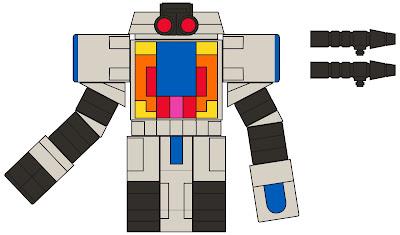 final deco subject to change
Final Edition Maxx Zero is similar to the previous Maxx Zero edition as shown above, with the pink stripe on his chest representing his final "cybernetic awareness" he needs in his final battle with Nazgar! A number of the paint applications from previous editions have also been shifted to blue to reflect Maxx's internal alignment between his warrior side and his protector side. 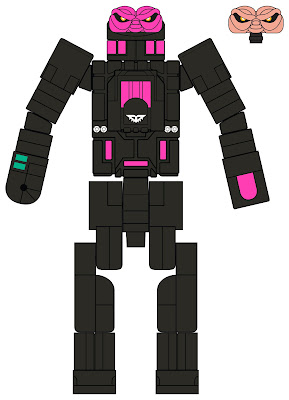 Final Edition Nazgar is also similar to the previous Nazgar edition shown above, with his red paint shifting to an intense pink to reflect his powered-up mode! He's also received an overhaul, his old grey mechanical bits replaced with white ones. This Nazgar includes, for the first time, both his clear pink "powered up" head and a flesh colored head from his original appearance!

Then, for ultimate building potential, we are also offering Maxx gray and black blank kits so you can augment your existing characters or build your own!

This pre-order will be available for three weeks or until the maximum pre-order quantity has been reached.

Posted by John K. at 4:12 PM
Email ThisBlogThis!Share to TwitterShare to FacebookShare to Pinterest