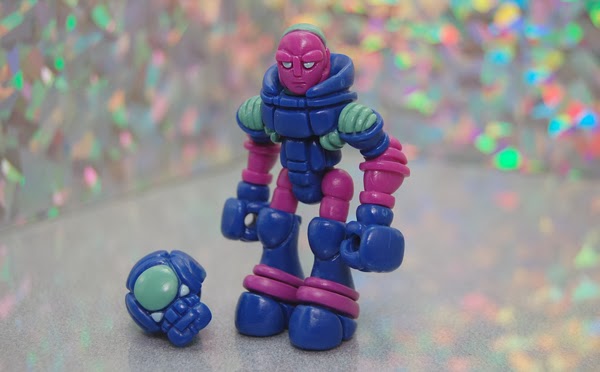 New Outlanders are available now! Click the pic to go to NiStuff's store!
Great companions - or enemies - for your Robo Force!
Posted by John K. at 7:46 PM No comments:
Email ThisBlogThis!Share to TwitterShare to FacebookShare to Pinterest 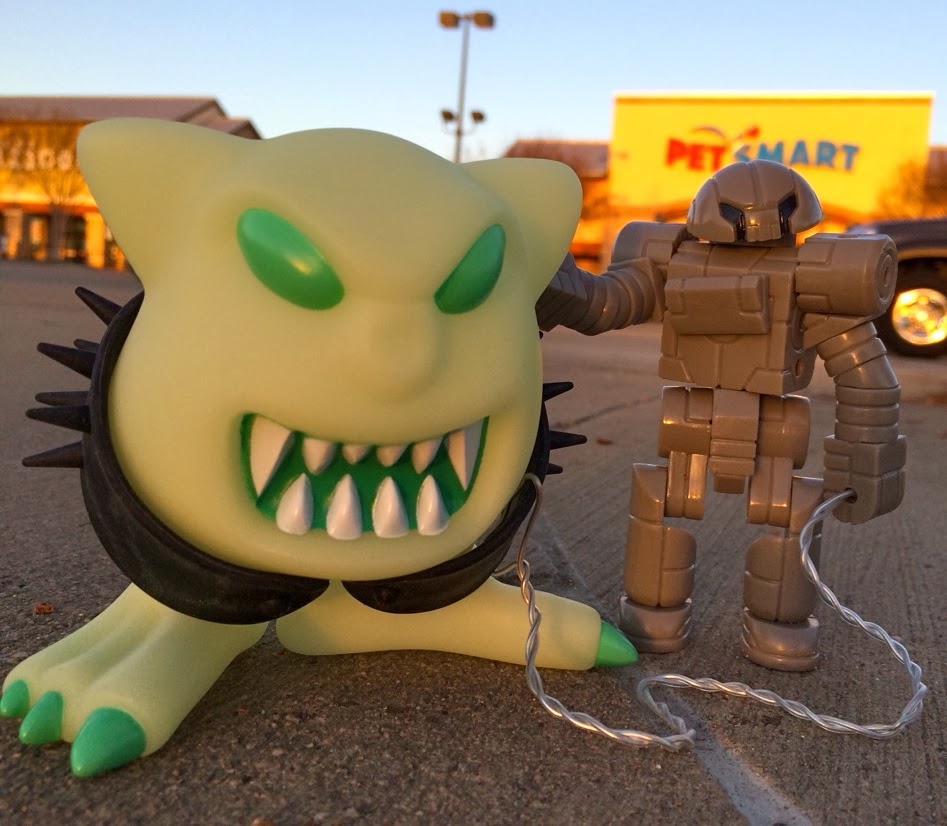 From Friend of Toyfinity Pedro Anez, follow the adventures of Explorer 1 and his pet Mordy!
You can see more of their adventures on Instagram account MYTOYFIX, with more to come.
Posted by John K. at 6:40 PM 2 comments:
Email ThisBlogThis!Share to TwitterShare to FacebookShare to Pinterest
Labels: mordles

Click the pic and learn the fate of Maxx Zero!
Posted by John K. at 6:40 PM 1 comment:
Email ThisBlogThis!Share to TwitterShare to FacebookShare to Pinterest
Labels: jerzy drozd, robo force

We here at Toyfinity would like to say thanks to the Mordles fans for a fantastic showing!
The Geihoza and Geist Mordles blew out of the store - we'd increased the run for both of these editions and you guys demolished the allotment!

With this in mind, Geihoza and the Geists WILL return in April, with a few new twists...
We've also heard you about Club Mordle! Watch for details on when it will be reopening for 2014.
Every single order from the last Mordles round will go out today. Many of you will already have received your shipping notices by the time this is posted, with the rest to follow shortly.
The future for the Mordles is incredibly bright - while you are waiting, enjoy the newest page of the Mordles comic, showing another scene I've been waiting to show you since I wrote the script last year.

While I'm posting, there are few things I need to talk about here concerning the immediate future of Toyfinity.
There are a number of exciting things going on in and around Toyfinity (that I don't want to spoil) that should come to fruition later this year, including something I've personally wanted to see since 1985 and never thought would be possible. There are going to be plenty of comic pages detailing the lives of Maxx Zero, the Robo Force, the Mordles, and later this year, the Manglors. You'll continue to see a number of great Toyfinity products from our existing announced franchises, as well as a few new ones which probably aren't too surprising if you've been reading the comics carefully. ITS NOT STARRIORS GUYS! Though I am looking into them...

But with so many great things occurring, there are a number of matters which require my personal attention to ensure the future of Toyfinity in toys, comics, and some other new arenas.
In the coming days, you'll see my second-in-command, Michael Hart (aka Glidetron on the forums and Twitter), appearing as more of a presence here and in Toyfinity's social media. He was instrumental in the recent shipping round for the Robo Force getting out within a few days of product landing in the US.

You might even see our resident webmaster general/man-at-arms Charlie Parry popping in from time to time with wisdom from the halls of the ParryGamePreserve.
Treat them nicely! They've been here since day one so you shouldn't notice that much of a difference in things. And I'll still be here, posting from time to time and answering your personal queries about the website, shipping, and the rest.
To answer another question I've been getting recently, the next round of Robo Force should be hitting in March!

Be excited for the debut of SENTINEL THE PROTECTOR! The other edition has to remain a secret for now, but let me say this - it is definitely going to wreck and rule!
We're working hard to ensure that there are no issues with glue bonding on this next round.
Less than 5% of the product was affected based on the reports I received from the fans, but we're trying to get that down to zero percent.
You'll also meet the denizens of the seas of Uzalek in the March Mordle editions. They aren't the friendliest Mordles you'll ever come across...

Also be sure to support the other members of the Glyos System family. There are more fantastic editions coming from all of the sister companies to Toyfinity. They make great enemies and allies for your Robo Force and Mordles!
Finally, a special thanks to Matt Doughty and the Onell Design team for all of their hard work assisting Toyfinity in 2013. Could not have done it without them.
Posted by John K. at 12:24 PM 7 comments:
Email ThisBlogThis!Share to TwitterShare to FacebookShare to Pinterest
Labels: geihoza, mordles, thank you

Get your glow Mordles now!
Posted by John K. at 6:03 PM 9 comments:
Email ThisBlogThis!Share to TwitterShare to FacebookShare to Pinterest

MORDLES WILL GLOW!
This Friday, 1/10/14, you will face the wraith of Geihoza and the Geist Mordles! If you dare...
Posted by John K. at 1:41 AM 4 comments:
Email ThisBlogThis!Share to TwitterShare to FacebookShare to Pinterest
Labels: geihoza, mordles 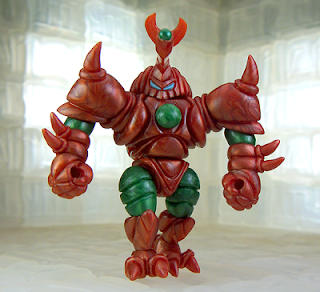 The store is live now! Go get your Mushis from the Godbeast! They rule, and are great opponents for your Robo Force, Glyos, and Mordles.

Posted by John K. at 6:09 PM No comments:
Email ThisBlogThis!Share to TwitterShare to FacebookShare to Pinterest
Labels: godbeast, kabuto mushi 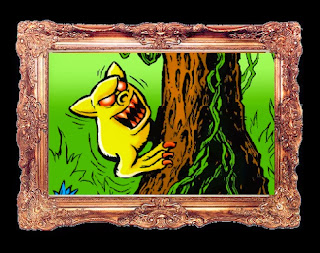 Submitted for your approval-
a hungry Mordle, looking for his next meal, decides to get the sweet fruit that has tempted him for weeks, in a horrific tableaux entitled "The Death of Mordle Weems."