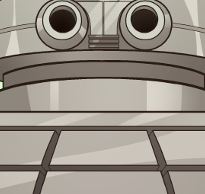 And it's here! The final page of the first Robo Force comic.
Let me know what you think of it in the comments section.

New adventures of the Robo Force will show up later this year.

Club Mordle will reopen for business later this week!

And the newest wave of Mordles and Robo Force will show up for sale in late June. For once, we might actually have some previews in advance of the new product! Stay tuned.
Posted by John K. at 12:18 PM 4 comments:
Email ThisBlogThis!Share to TwitterShare to FacebookShare to Pinterest
Labels: mordles, robo force

ROBO FORCE - the penultimate page of the comic! 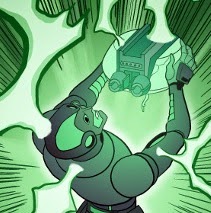 This is it! One page left to go in Robo Force's first all-new adventure! Read it now by clicking the pic above!
Posted by John K. at 10:04 AM 1 comment:
Email ThisBlogThis!Share to TwitterShare to FacebookShare to Pinterest
Labels: comics, jerzy drozd, robo force

All US Orders are shipped! Also, ROBO FORCE COMIC UPDATED! 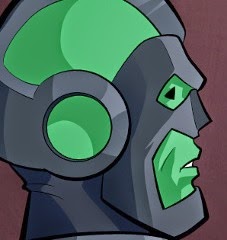 The Robo Force comic is updated! Only two more pages to go in this chapter.
Click the pic above for the link! Next page goes up next week!

Also, all the US-based orders from the recent Geihoza wave have shipped out. Non-US fans should expect a ship notice by Monday.
Club Mordle members should look for the FINAL e-mail of their club membership next week.

Posted by John K. at 10:22 AM No comments:
Email ThisBlogThis!Share to TwitterShare to FacebookShare to Pinterest
Labels: geihoza, jerzy drozd, maxx, shipping

The future of Toyfinity! New podcast!

I did two podcasts with the illustrious Dave and Devall this past weekend as part of my trek to Chicago/Illinois for C2E2 and the Kane County Toy Show (or as I refer to them, DaveDevall and DevallDave). Click the graphic above for one of the two, while the hilarious one which guest-stars the world-renowned nicest guy in toys, Pixel Dan, is linked here. We were punchy after a long day at C2E2! What do toy fans sound like when their brains have been under siege by intense nerdom and massive amounts of driving? Find out now!

While I have a chance between packing out Geihoza orders, I want to send out a special thanks to Nerd City, Marty "the Godbeast" Hansen, and Ben Spencer for allowing Toyfinity to show our wares at C2E2. It was a blast to meet some new fans (and finally meet some long-time online friends in person). Some interest collaborations might be in our futures because of it too...
If you guys get a chance, check out the Bio Masters! They were an incredibly cool potential new line using Glyos System joints to bring terror to the cosmos. I could see them fighting the Manglors in some barbaric arena overseen by Glyaxia scum.
Posted by John K. at 8:57 AM 2 comments:
Email ThisBlogThis!Share to TwitterShare to FacebookShare to Pinterest
Labels: c2e2, dave and devall, galaxxor, godbeast, kane county, toy world order, toyfinity
Newer Posts Older Posts Home
Subscribe to: Posts (Atom)