Yep, every single order from this last round from all around the world has been shipped out!
So you should have received a shipping notice (except the one guy who asked me to hold his order - you haven't shipped out yet) from PayPal that it went out.
If you didn't receive the notice, check the e-mail that is associated with your PayPal.

As a special treat, enjoy the building instructions for the OFFICIAL Battlestar V2. 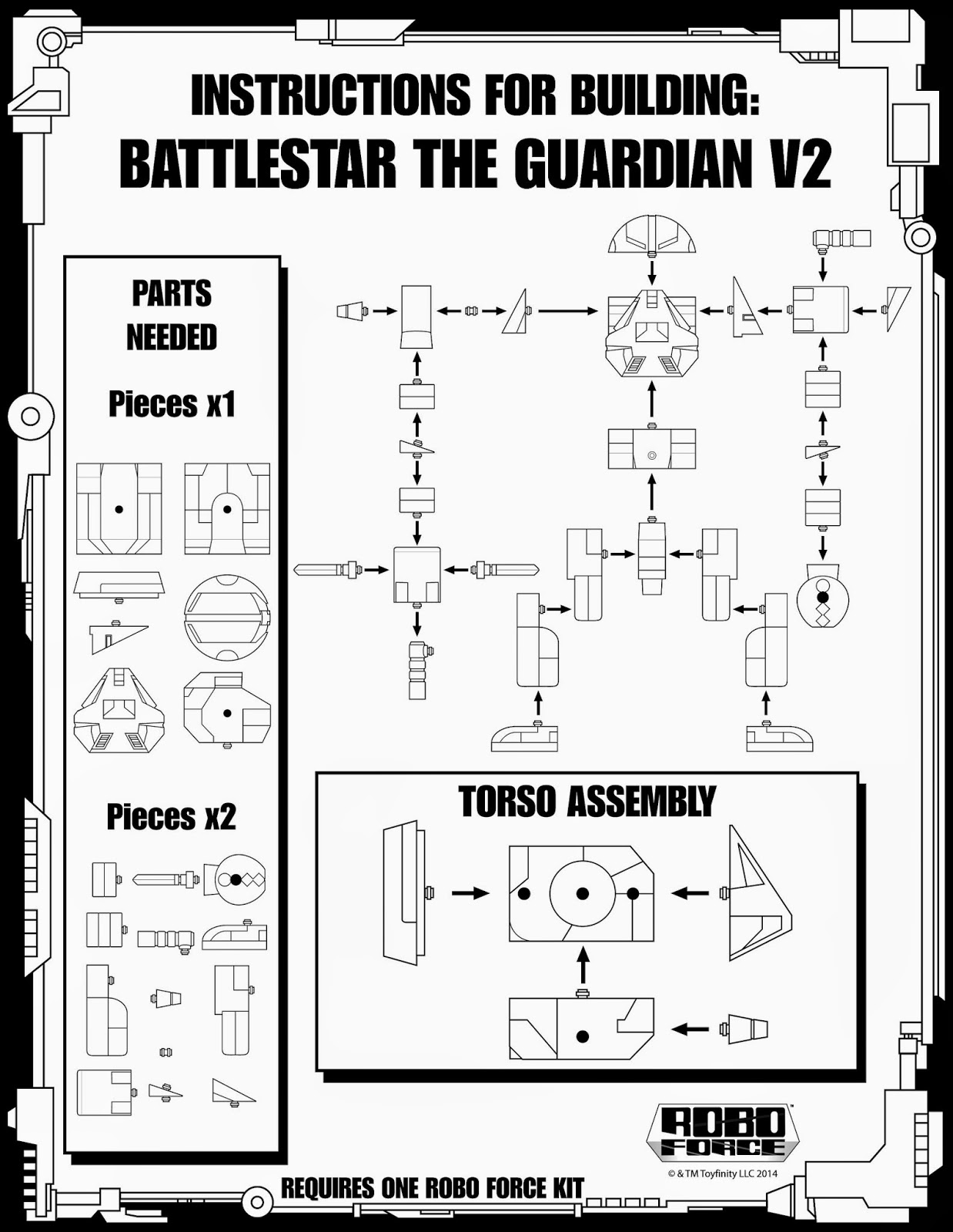 In the storyline, Hun-Dred had a traumatic experience with Maxx Zero and ZEM when they busted out of the lab in Celestia. After his reforging at the direction of Nazgar and his scientists, Hun-Dred locked down Celestia, and created Battlestar in his own image with one purpose: capture Maxx Zero and ZEM. With a combination of ancient technologies known only to Hun-Dred, and the secret formular from Hun-Dred's own reforging, Battlestar is given a level of sentience beyond the basic program of the Nazgar drones...and a secret ability unknown to Hun-Dred...

After Battlestar's first encounter with Maxx and ZEM that leaves him literally in pieces, the reforging formula activates, giving Battlestar the ability to rebuild himself, regardless of injury. The only permanent loss is Battlestar's original voice, which is replaced by the vocalizer located on his chest.
With first-hand knowledge of the power of Maxx Zero, Battlestar goes to the factory which is rebuilding the Zetonians into Nazgar's drones and inputs his own designs...

With the new Guardians of Celestia at his side, Battlestar's new sepulchral voice cries out through the city:
YOU WILL BE FOUND, MAXX ZERO.
YOU WILL BE REFORGED.
YOU WILL END.
Posted by John K. at 5:44 PM
Email ThisBlogThis!Share to TwitterShare to FacebookShare to Pinterest
Labels: battlestar