Before the ROBO FORCE®...
Before the STAR TEAM®...
there were - THE ZEROIDS!®

The 60s were the beginning of action figures as we know them - and since Major Matt Mason was based  on NASA reality, it fell to Colorforms and Ideal to expand the cosmic world children could experience with THE OUTER SPACE MEN® and ZEROIDS.


These Worker Robots of the Future had a spectacular run at the dawn of action figure history, returning briefly to toy shelves as part of the STAR TEAM in combat with the evil KNIGHT OF DARKNESS™... but they have been dormant ever since - until now.

When MAXX ZERO™ activates the Ancient Constructs, a long forgotten signal is sent that no modern robotic entity can decode - but it is heard by the ZEROIDS!
Will they be friends to the Robo Force...or enemies?

The Zeroids return in an all-new Glyos®-compatible form, adding to the new Zetonian mythos.
Use them with the existing Robo Force kit and unlock even more new robotic creations!
The first release is coming later this month!
But if you joined CLUB ZETON, you'd already have received the test shot shown below! 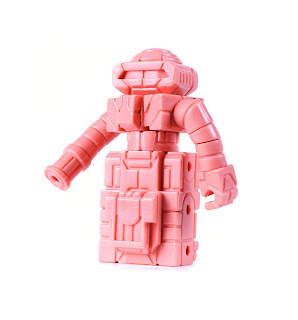 As always, special thanks to MATT DOUGHTY and RON D. for their roles in the rebirth of the ZEROIDS!
Posted by John K. at 9:15 PM
Email ThisBlogThis!Share to TwitterShare to FacebookShare to Pinterest
Labels: knight of darkness, robo force, star team, toyfinity, zeroids